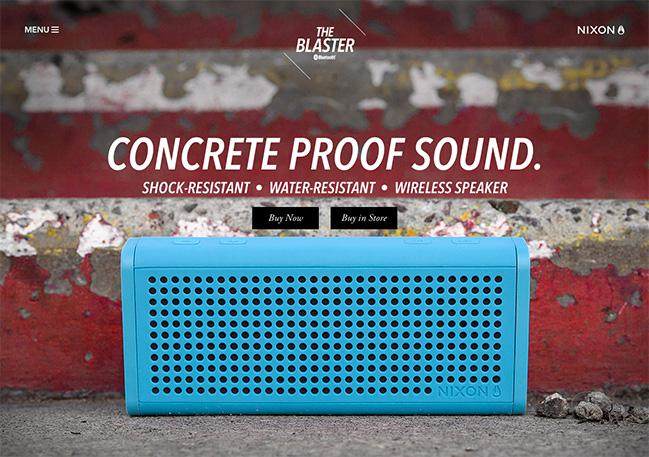 Cuker’s recent website for the Nixon Blaster campaign has been nominated for the Awwwards, an international site that recognizes the industry’s best web designers, developers and agencies. The responsive website that showcases Nixon’s new durable wireless Bluetooth speaker is the center of the brand’s ‘Bigger. Better. Louder.’ digital and social media campaign.

In designing the Nixon Blaster campaign website, we took a mobile first approach, with a clean, elegant framework that communicates the product benefits and provides an optimal user experience across all devices, from smart phones and tablets to desktop computers. We showcased the product with powerful hero imagery and featured the roster of athletes who stand behind the product.

To vote for the Nixon Blaster campaign website at Awwwards.com, please visit: http://www.awwwards.com/best-websites/nixon-blaster-microsite.

About Awwwards Awwwards recognize the talent and effort of the best web designers, developers and agencies in the world with a mission to discover, recognize, and promote the talent and effort of web designers, developers, and agencies who create unique digital experiences that are useful, innovative, intuitive, and beautiful. To learn more, please visit www.awwwards.com.